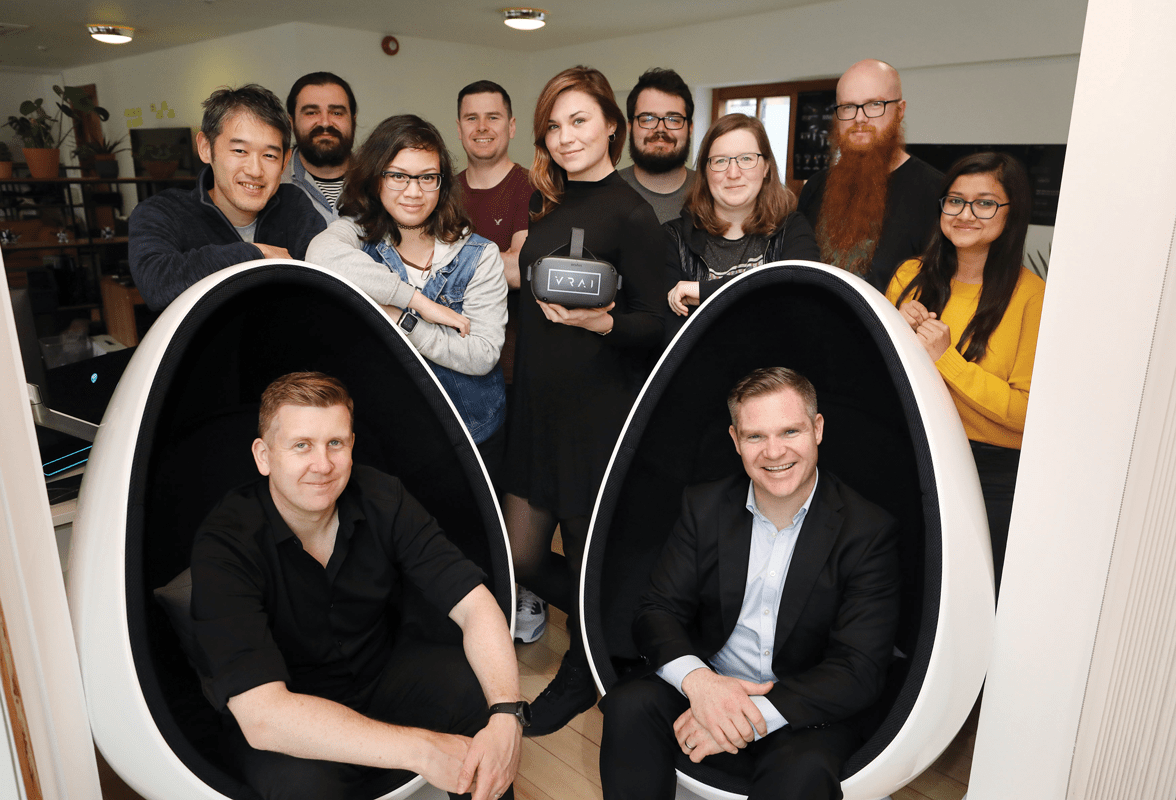 Among the many efforts to encourage more women to pursue careers in technology is a new female-only tech apprenticeship now being offered by several companies including Dublin-based VRAI, writes Derek Nagle.

Virtual and augmented content creation company VRAI is one of a number of companies now offering a unique female-only apprenticeship, the first of its kind in this country. Committed to having a diverse, gender-balanced team, VRAI is offering the apprenticeship to female applicants over the age of 18 who are interested in a career in the tech industry, particularly software engineering.

The apprenticeship is in collaboration with Females in Technology (FIT), an industry-led initiative which works closely with national education and training agencies as well as government departments and local development organisations. Some of the other companies supporting the new female-only apprenticeship include Microsoft, LinkedIn, ESB and Accenture.

VRAI was co-founded by Pat O’Connor, who has 20 years’ experience working in the Defence Forces, and long-time friend Niall Campion, whose background is in digital content creation and film-making. While recruiting they noticed that for every female applicant there were three to four male applicants, a gender imbalance they felt needed to be addressed. FIT contacted VRAI after hearing the founders discuss the topic in an interview, and once O’Connor and Campion learned about the FIT programme, they knew it was something they wanted to be part of.

“We are currently in full employment and yet only 25% of people working in STEM jobs in Ireland are women. This female-only tech apprenticeship is a really practical way to start addressing that imbalance,” says O’Connor. “I think the act of running and advertising for a female-only apprenticeship also helps to raise awareness among women about the opportunities that exist for them.”

We are looking for people who have a passion and enthusiasm to work in tech but may have never had the opportunity to gain the qualification before, or ended up doing something else that wasn’t really for them.

O’Connor has some solid advice for those considering applying: “We are looking for people who have a passion and enthusiasm to work in tech but may have never had the opportunity to gain the qualification before, or ended up doing something else that wasn’t really for them,” he says.

This apprenticeship is for software engineers so those applying should try to understand what that type of work entails and whether they are likely to enjoy it, he adds. “There is no one type of software developer but the best ones I have met have a blend of curiosity, logic, creativity and problem solving. When we are hiring in VRAI we are ultimately looking for someone who is fundamentally helpful, who brings something different to our team and can solve problems.”

In the military these values are loyalty, selflessness and moral courage. I think those values should be the foundation of any good organisation. We hope with VRAI we have created a company where people want to work and are happy.

Occupying two floors of the Skylab building at the edge of Dublin’s Temple Bar, VRAI employs 13 staff. The company is currently working with a vast array of companies including Samsung, IAG, United Nations, ESB and the Irish Defence Forces. The company has raised €575,000 through the Enterprise Ireland High Potential Start-up Programme to develop its Hazardous Environment Awareness Training (HEAT) virtual reality training programme. This allows employers to prepare workers for hazardous environments, but with reduced risk. VRAI’s ultimate aim is to reduce workplace deaths and serious injuries while improving operational performance.

The company is also part of the consortium Holistics, led by the Cork-based Tyndall National Institute, which earlier this year won a €7.4m grant from the Disruptive Technologies Innovation Fund, established under Project Ireland 2040 and run by the Department of Business, Enterprise and Innovation with support from Enterprise Ireland.

Having worked in The Defence Forces for two decades, O’Connor applies the principles he has learned in the military to business: “I have worked with many great leaders and organisational values are so important. In the military these values are loyalty, selflessness and moral courage. I think those values should be the foundation of any good organisation. We hope with VRAI we have created a company where people want to work and are happy,” he says.

VRAI has adopted the ‘Triple Bottom Line’ approach to business as it focuses not only on profit but also on people and planet. It has committed to producing shared value for shareholders, customers, employees and the community. As part of its efforts under ‘People’, the company is committed to having a diverse, gender-balanced team with people from many different cultures and backgrounds.

It has also committed to ensuring its workplace is inclusive and for that reason, doesn’t offer unpaid internships. “We believe that unpaid internships show a bias in favour of those from more privileged backgrounds whose parents can subsidise their working. We want to ensure that people can earn while they learn and the FIT tech apprenticeship is a great way to do that,” says O’Connor.

From day one, everyone on the apprenticeship will be sponsored by tech companies such as VRAI, so for candidates the first step is to find a sponsor though fit.ie.

The tech apprenticeship is for those over 18 who are eligible to live and work in Ireland and have five passes in Ordinary Level Leaving Cert (or equivalent) including English and Maths. Candidates who wish to apply but who do not satisfy any of the standard entry requirements can submit a detailed synopsis of previous educational, life and/or work experience. The FIT Registrar or delegate will review such cases with regard to the FIT policy on access, transfer and progression.

25% of those working in science, technology, engineering and maths (STEM) are women
(Daly, Farrell, Grimson & Smeaton, 2018)

At 3rd level, women continue to dominate biological sciences but are under-represented in physics, maths, engineering and technology (witsireland.com)